History
The message to the rest of the world is that Greek wine is nothing new. It has been around for several millennia and the first evidence of wine culture is recorded very early in the country’s history. Achaia and Ilia regions are part of the Peloponnese peninsula, the southern part of mainland Greece and home of the great Mycenaean civilization in which wine was of major importance in people’s everyday life. There is much archeological evidence that indicates a long standing winemaking tradition in both areas. Grape seeds found recently in the area of ancient Eliki (Achaia region) are dated to 750 BC. Ancient Olympia, the birthplace of the Olympic Games, is located in the Ilia region and the beginnings of winemaking here lie far back in time Several myths incorporate the vine and highlight its importance in ancient Greece.
Greek Mythology
Roman Times & Othoman rules
The 19th Century
The Modern Era
Greek Mythology

The myth of the battle of Hercules with the Centaurs (creatures from Greek mythology with the upper body of a human and the lower body and legs of a horse), in the plateau of Foloi, (Ilia region) over a pithos jar (amphorae) is a direct reference to the widespread viticulture ΙΝ the area, since that ancient era. This fact is enhanced by much archeological evidence such as the “lenos” (a pressing “house” where the grapes were trodden) that was found within the archeological site of Ancient Olympia, the birthplace of the ancient Olympic Games.

As son of Zeus and god of wine, Dionysus was celebrated in all different parts of ancient Greece. In Ancient Aigeira (Achaia region) there was a myth related to the production of wine that indicates Aigeira as a producer of high-quality wines since that era. It is the myth of “the ephemeral vine”. During the feast of Dionysus, this ephemeral vine grew on its own in a very strange way. At sunrise it bloomed and bore fruit. During the evening of the same day the grapes were ripe, edible and suitable for making wine. According to the myth, this excellent wine was drunk by those who took part in the festivities, honoring the god of wine. It was supposed to be one of the miracles that indicated the power of God.

Of course it may be the mortals who tend the grapes and produce the wines, but for centuries the most beautiful vineyards of Achaia and Ilia retain their mystical atmosphere, bathed in sunshine during the summer as they are sitting in amphitheatric spots carved into the mountain slopes and overlooking the “Big Blue” of the Ionian Sea and the Corinthian Gulf. 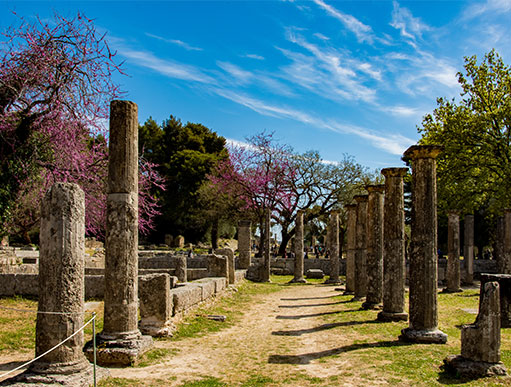 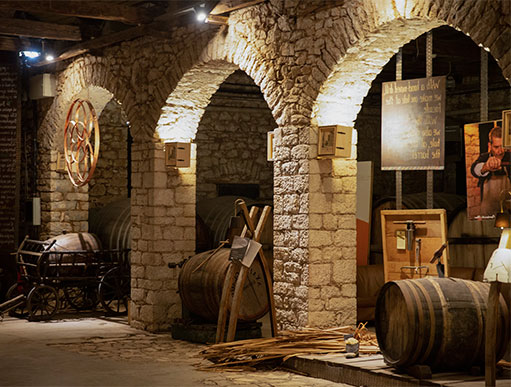 In Roman times, the presence of wine can be seen in the discovery of several rural houses that contain grape pressing facilities (lenoi) and mosaics depicting scenes of grape harvesting and Dionysian wine-drinking revelries. When Peloponnese was occupied by the Otto-mans, in 1715, there was a gap in wine-production. The Turks were quick to spot the dynamic relationship that the Greeks had with both vine and wine and decided to exploit it to the full by implying a very strict taxation system that governed all facets of wine. Many families were financially ruined and they were unable to satisfy the greed of the occupiers, thus they abandoned the cultivation of the vine. However the “spirit” was kept alive from monasteries, such as the Mega Spileo outside of Kalavrita, in Achaia, that managed to continue the longstanding winemaking tradition in its underground cellars.

After 1830, both Achaia and Ilia saw tremendous growth and this is partly owed to the thriving global market for the Corinthian black currant (stafida in Greek). The devastation of the French vineyards from phylloxera loose boomed the exports of the dried Corinthian raisins. The Corithian raisin became the predominant export Greek product until the second half of the 19th century, when it accounted for 70% of total exports and it has been characterized as a national product. This fact brought plenty of wealth in both regions. However, France managed to recover from phylloxera in the early twentieth century and the subsequent raisin crisis drove much of the agrarian population to abandon the countryside and seek a better life in urban centers. The 1870s also marked the establishment of the first wine companies and distilleries in Achaia and Ilia. The luscious red fortified wines and the sweet Muscat whites were born and quickly gained a popularity that stands to these days, both in Greece as well as to the rest of the world. 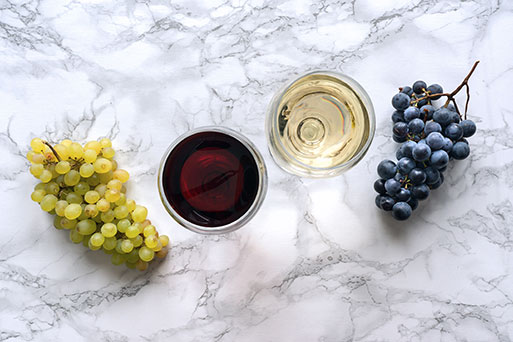 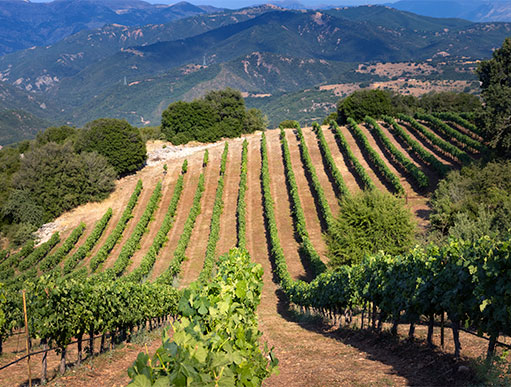 The vineyard of Achaia has marked the history of modern Greek wine. Only within a 45 minute drive from the city of Patra, abundant bush vines still grow at the high altitude steep vineyards of Aigialia slopes, but Achaia is also a centre for bulk-wine production with large quantities of good quality, commodity wines in excellent value. In neighboring Ilia, you can see surfers riding the big waves and sandy beaches that stretch for several kilometers, but you would also find some of the most beautiful vineyards in Greece. The appellations of Achaia and Ilia in the western part of Peloponnese are visually beautiful and yet unsung outside the Greek borders. A number of rising producers are leading a vinous renaissance in both regions making wines that express a unique sense of place from local varieties and carrying on the long history of winemaking found in both regions. Thankfully the world is waking up to these unique “treasures”.

Previous Next
Go to Top