Climate, Morphology & Geology
Achaia and Ilia regions, located in the province of Peloponnese (southern part of mainland Greece) have everything going for them. A three to four hour drive from capital Athens through the smooth national high-way and you will be sandwiched between craggy mountains and kilometers of gold-sandy beaches. Both prefectures are located in the northwest part of Peloponnese region. Together with Aitoloakarnania, which is located opposite the strip of the Corinthian Gulf, in the part known as Sterea Ellada, are often grouped under the separate sub-department of Western Greece.
Achaia’s Climatic influences
Ilia’s Climatic influence
Achaia’s climatic influences

Achaia forms part of the northern-west coast of Peloponnese, touching on the gulfs of Patraikos and Corinth. The capital city is Patras, the third largest city in Greece, with Rio, Aigio, Kato Achaia and Kalavrita being the most important provincial towns. Most of Achaia’s territory lies on the slopes of three mountains, so steep that they almost block any communication with the southern part of Peloponnese. The mountains provide high elevations that escape much of the summer heat and a sheer number of different altitudes, aspects and soils for grape-growing. In the region of Achaia the mountain ranges act also as a “barrier” for the hot-bearing winds blowing from the south and relieving the Mediterranean climate from the intense heat. Some of the highest altitude spots of viticulture not only in Greece, but also in Europe, are found in this part of Greece and more specifically in the mountainous slopes of Aigialia.

Vineyards around the city of Patra are found at lower altitudes, which usually don’t rise beyond 500m. Apart from some coastal areas, the only low-lying part of the region is found in the western part of the prefecture and the vineyards here are influenced by the proximity to the sea. These vineyards are at the door-step of the mountain ranges and they are influenced by the cooler aromatic winds coming from the mountains as well as sea-breezes during the summer. However, this is the parcel with the richest, more fertile, soils, as well as the warmest meso-climates. The flat part of Achaia is the “work-horse” of Achaia’s grape output, capable of producing everyday wines of good quality and great value, as well as some of the best sweet wines made in Greece. 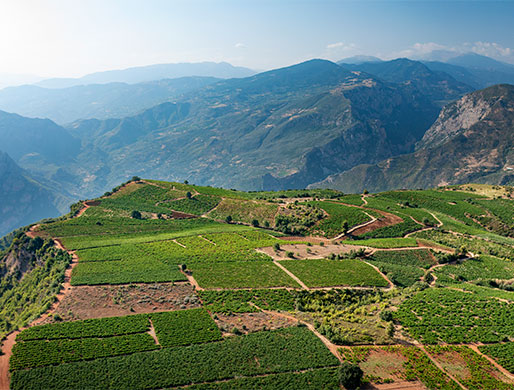 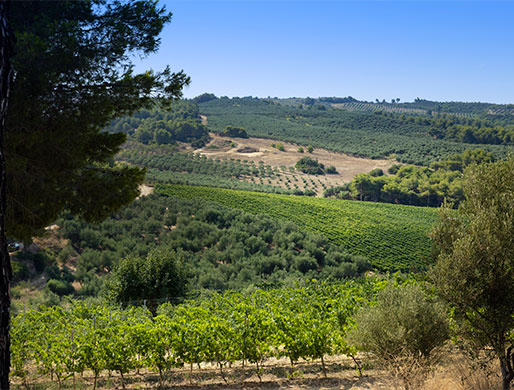 Just to the south of Achaia, still on the western part of Peloponnese, is the region of Ilia. It faces towards the west the Gulf of Kyparissia and the Ionian Sea. The capital is Pyrgos and Amaliada is a significant provincial town. In Ilia, the southwest facing slopes of Mount Erymanthos (one of the three great mountains of Achaia) occupy a small part of the region. The southern borders with Messinia are also relatively mountainous. Apart from these two areas, Ilia has plenty of low-lying fields suitable for many kinds of agriculture. The climate of Ilia is influenced by the region’s proximity to the Ionian Sea and results in high humidity and rainfall even during the summer. Canopy management is of primary importance here and despite the fact that Ilia is less mountainous than neighboring Achaia, further inland there are also semi-mountainous vineyards at an altitude of 400m above sea level.

Previous Next
Go to Top